To an outsider, Kilby Court in Salt Lake City might look like a decrepit garage, hidden at the back of a tiny alley. It’s the last place Nic Smith, director of revenue for the independent venue-management company S&S Presents, expected to fall in love with local music. For him, it and other similar venues create an intimacy between artists and fans that bigger venues cannot replicate.

“It looks really scary when you first roll up to it,” he said. “But then once you walk in, it’s magical. It’s like being at someone’s house.”

All that magic, of course, was harnessed before the coronavirus pandemic decimated the music industry in Salt Lake City—and across the world—in just a matter of days. And as the pandemic also brought Smith’s nearly decade-long career to a halt, it’s led him to question how grassroots venues like Kilby Court can bounce back.

Smith said he first realized the pandemic was serious the same moment many Utahns and people around the world did: when the NBA season was canceled in March.

“At the time, I was thinking this might be a couple of weeks [or] a month or two thing,” he said. “It became apparent pretty quickly that this is going to be probably a lasting issue.”

Before he was furloughed in early July, Smith worked hard to figure out how to keep the venues going.

Nic Smith, pictured outside Urban Lounge in Salt Lake City, one of several local venues he managed before he was furloughed. (Photo by Palak Jayswal)

Despite the challenge, the team at S&S Presents crafted a new plan to bring live music to Utahns:  bicycle concert cruises. Using downtown parking lots, social-distancing protocols and even physical exercise, the cruises offer a safer substitute but don’t replicate the feeling of being at a club or dedicated music venue, nor do they provide enough money to keep the venues running indefinitely.

While music lovers and concertgoers everywhere continue to experience disappointment and uncertainty about when they’ll be able to see a live show again, Smith remains optimistic.

“I hope that the closures will kind of remind people not to take local shows for granted,” he said. “I don’t think it’s going to be a situation where we’re closed forever.” 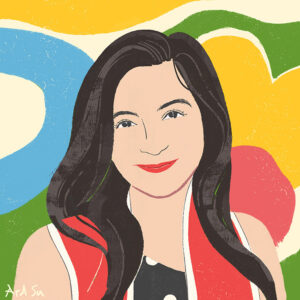 Palak Jayswal is a recent University of Utah graduate and aspiring music journalist. She loves all things arts and was the arts editor at The Daily Utah Chronicle, where she wrote more than 150 articles. Her true passion is pop culture and music. She aspires to write for a publication like The New York Times, Rolling Stone, or Pitchfork one day and to interview as many musicians as possible.